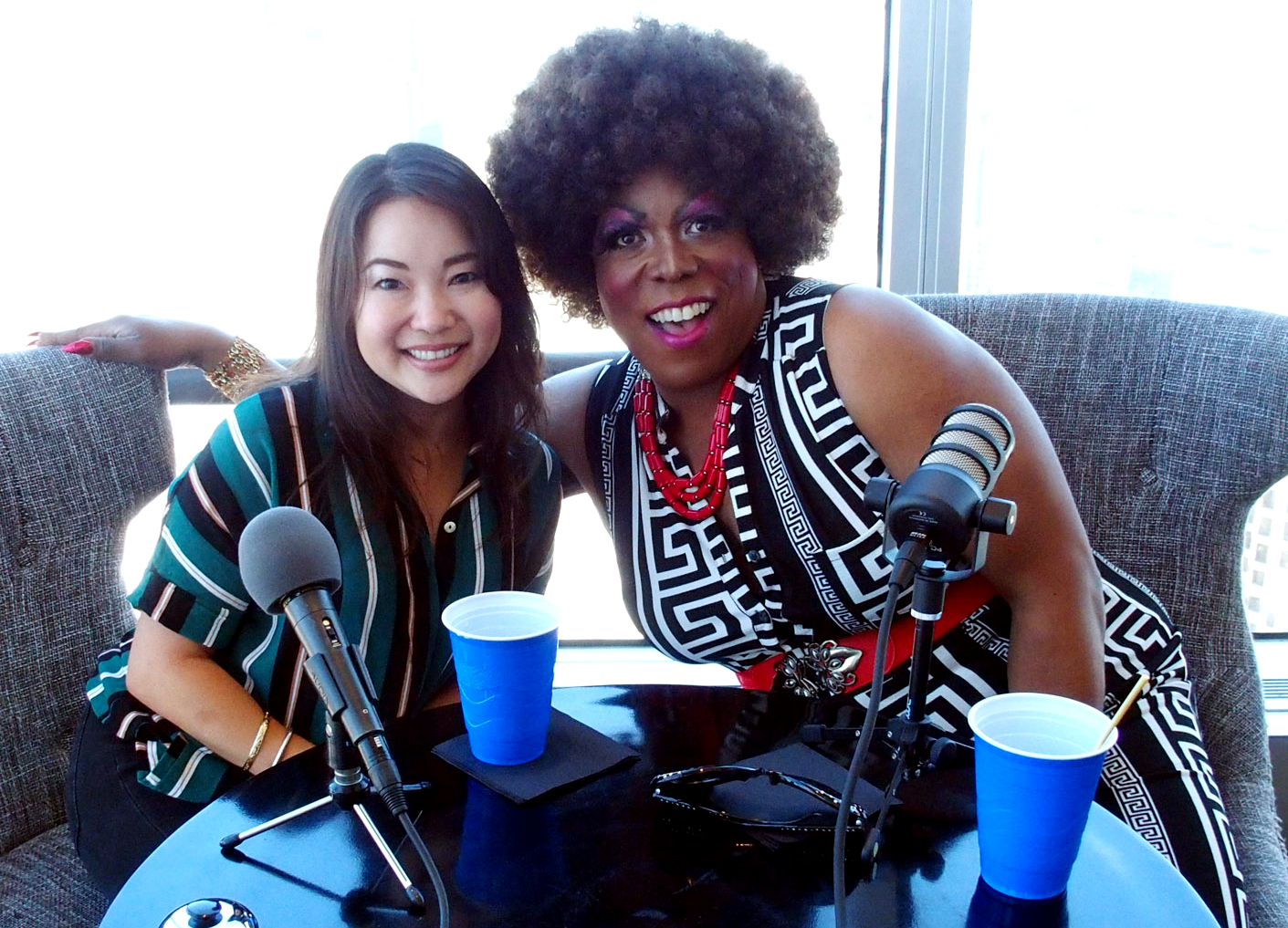 Drag performer Afrika America brings fun and fabulousness to everything she does — including her day job as a flight attendant. She chats about tragically oblivious passengers, why Chicago is great for cutting loose (Boystown!), being a glutton in New Orleans, and discovering there are African American people in Salt Lake City. (Episode contains adult language and content.) Disclaimer: This episode was not sponsored by Tito's Vodka -- but it really should have been (hint, hint).

Guest bio: Born and raised in the San Francisco Bay Area, Afrika America has performed in drag "for years," and has been a flight attendant for a major (unnamed) airline for three years. She is the host of the GLAM Sundays dance party at the Valencia Room in San Francisco. She also performs with SWAG (Singers With A Goal), a nonprofit foundation "working to eliminate the racial inequities in our own communities and around the globe." Follow him on: Instagram and Facebook.